How to Distinguish Between the Different Styles of Italian Food

One of the most popular food served in the USA today is Italian food, but where did it come from? What is it’s origins? Italian food has evolved over centuries. The country that we know as Italy didn’t become a country till the 19th century. It’s roots can be traced back as early as the 4th century BC. It is because of this long history we are lucky to have so many different and tasty foods from Italy. The ingredients and taste In these dishes vary by region, but many have become national dishes while others have remained regional specialties. In this article I would like to highlight some of the dishes from key regions in Italy.

First, Friuli-Venezia Giulia this region shares many traditions with it’s bordering country of Yugoslavia. This reion specializes in hams, bacon and cheeses. This region also takes on the influence of the countries of;Austria, Hungry, Slovenia and Croatia. Polenta is a staple and finds it way into many dishes. 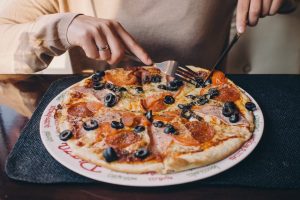 Second, Veneto, is really known for risotto. This dishes ingredients vary by the areas proximity to the sea. Veneto’s dishes tend to be heavier and use many exotic spices and sauces. Less fish is eaten in Veneto and more meat and sausage is preferred. Th area also holds a high regard for quality vegetables.

Third, Lombardy, rice is a very popular ingredient in the foods of Lombardy. It can be found in soups as well as risotto. The area is known for a great deal of cattle raising. Therefore a great deal of butter and cream is used in the food. One dish meals are a favorite all type of stews are popular with the working people of this region.

Fourth, Liguria, vegetables, herbs and seafood are popular in this local cuisine. Onions and oil are used in the cooking. Pies and cakes are also renowned from this area. This region also eats many pastas along with boiled beans and potatoes.

Fifth, Tuscany, known worldwide for it’s simple but tasty food. Legumes, bread, cheese and fresh vegetable are essential foods. The region is also known for their famed steaks and Prosciutto.

Sixth, Umbria, most of the dishes are prepared with simple cooking techniques that include boiling and roasting. They use olive oil and local herbs for flavor. In spring and summer vegetables are popular and in the fall and winter meat becomes more popular. Freshwater fish is also provided by the many lakes. 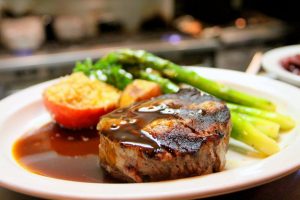 Campania, this is the area where most Italian -American food has its origins. The area includes produce such as tomatoes, peppers onions, potatoes, artichokes, lemons and oranges that all take on the taste of the volcanic soil of the area. The Gulf of Naples offers fresh fish and seafood. The mozzarella cheese is highly prized in this area as it comes from local water buffaloes. It is the cheese and vegetables that has made this area famous for its prized pizza.

Ninth, Sicily, to your surprise Sicily is famous for other things beside mobsters. The food has the influence of the Ancient Greeks.That is the origins of wine to this area. The Romans came later with lavish dishes based on goose. In the eleventh century the Arabs brought sugar, sweet melons, rice, saffron, cloves nutmeg,pepper all of which can be tasted in today’s food. The Spanish introduced many foods from the New World. Many fish can also be seen in the diet of Sicily. Find out more info click Ace High Wine